As part of the Russian-Cuban railway modernization program MODUL has delivered project cargo – railway motorcars - to Cuba. The motorcars were equipped with transshipping cranes and designed for emergency recovery operations on railways. Such special-purpose machines call for special attention during transportation.

To optimize handling operations and avoid extra costs in Cuba, and to ensure high-quality, safe and secure sea transportation it was decided to assemble the equipment at the port of loading.  To that effect the Modul’s in-house team of technologists engineered the specially designed crane suspension and metal racks to enable easy handling and transportation.  Motorcars arrived in St. Petersburg from Tikhoretsk (Krasnodar Region) on intermodal railcars in disassembled condition. On the territory of PetroLesPort they were build up jointly with specialists of TMCP V.V. Vorovsky and loaded directly into the vessel’s hold using the crane suspension. One motorcar measure 12 960 х 3 150 х 5 250 mm and weighted about 30 tonnes.  MODUL delivered 4 motor cars in two shipments.  The developed technology made it possible to safely unload the motorcars in the port of destination, and to put them directly onto railtrack. It took no more than four months to implement the entire project, including engineering of technical solutions, the railway and sea legs of transportation, assembly of equipment, and handling operations. 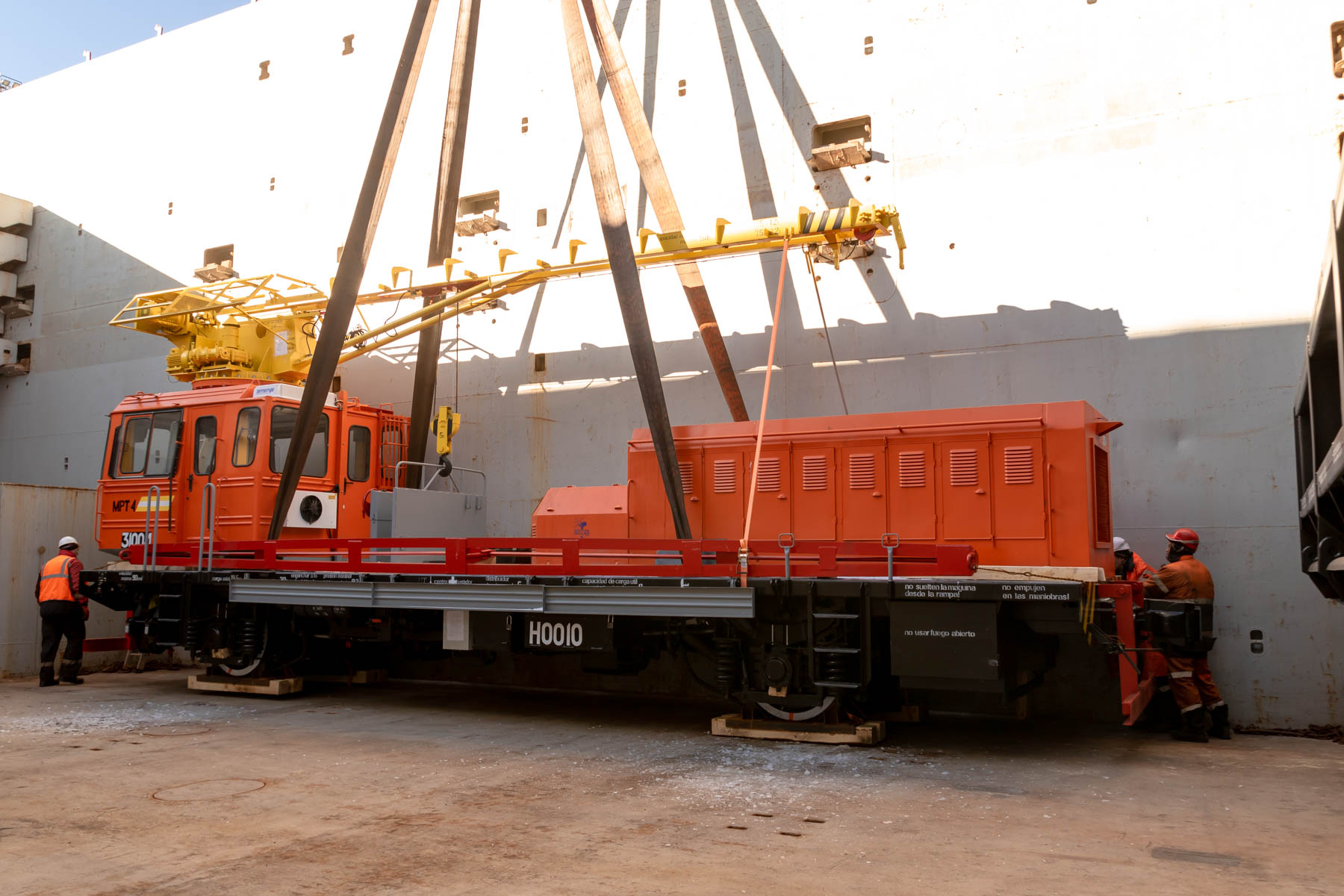 It should be noted that for MODUL it is not the first transportation of such kind. Within the framework of intergovernmental agreements between Russia and foreign countries, our transport company regularly delivers railway and other equipment to various international destinations. Since 2016 the company has transported over 700 units of freight rolling stock for the needs of foreign Railways. Undoubtedly, such types of transportations are of particular importance for the export of industrial equipment from Russia, and here MODUL has proved itself as an impeccable carrier and a reliable partner.